The Museum of the Romanian Peasant Anthropology...

The Museum of the Romanian Peasant is seeking contributions for its annual review Martor 22/2017. The Martor review is a peer reviewed academic journal, established in 1996, indexed by EBSCO and CEEOL, with a focus on cultural and visual anthropology, ethnology and museology. (Please see contents here http://www.muzeultaranuluiroman.ro/journals.html and full articles here http://goo.gl/u7Bbn1).

The theme of our 22nd issue is BACK TO THE FUTURE. CREATIVE TRADITIONS IN THE XXI CENTURY.

In the introduction to his celebrated volume on The Invention of Tradition, Eric Hobsbawm reminded us on the mandatory distinction between customs and traditions: what we use to call „traditional societies” had no „traditions” at all, but just „customs”. In fact, „tradition” is a social construct and practice of modernity; not a mere continuity and conservation of the past as such, but a sui generis way of revisiting it in and by the present. In this respect, conservation of one’s heritage in a universal, national or local patrimony is a cultural and political process of deliberative patrimonialization of the past according to present social values and representations. While the category of patrimony is still expending (immaterial patrimony, natural patrimony etc.), more and more experts started in the last decades to question this process, proposing alternative approaches to it. Even museums, as flag ships of cultural heritage, started to rethink and re-present their patrimony, also promoting kinds of “neo-traditional” art crafts produced or inspired by “local people”.

But this renewal is not limited to the cultural field. Ecological concerns, the need of a sustainable development, and last but not least the quest of authenticity in the so-called “experience economy” (Pine and Gilmore, 1998) fuelled various reinvestments of “traditional” materials, forms, techniques, and know-how that may better fit into what Nicolae Georgescu-Roegen launched in 1971 as bioeconomy, and the “natural contract” of man with his environment Michel Serres proposed in 1992. Cultural landscapes, natural parks and geo-parks, green industries, natural medical products and cosmetics, revisited “traditional” materials from adobe or shingle construction materials to hemp, local food production and a social economy based on marketization of abandoned handicrafts of deprived communities are just some expressions of the same trend. Diverse and (more or less) unconnected, they all share a kind or another of “experimenting with something old” (Andrei Plesu, 1993).

The aim of this volume is to bring together at least parts of this fragmented universe of creative reshaping of traditional items by a kind of défense et illustration of what may be called the emerging field of creative traditions.

We encourage early submission in the form of abstracts and expressions of interest, by 12 December 2016

We are expecting texts, in either English or French of 7.000 to 10.000 words by 31 March 2017. High quality images supporting the argument are a plus in the selection process.

Please e-mail your submissions and any inquiries (e.g. editorial guidelines) to revistamartor@gmail.com 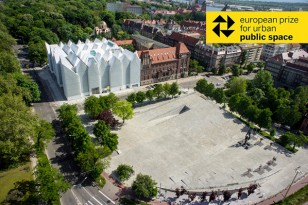 This website uses cookies to improve your experience while you navigate through the website. Out of these, the cookies that are categorized as necessary are stored on your browser as they are essential for the working of basic functionalities of the website. We also use third-party cookies that help us analyze and understand how you use this website. These cookies will be stored in your browser only with your consent. You also have the option to opt-out of these cookies. But opting out of some of these cookies may affect your browsing experience.
Necessary Întotdeauna activate
Necessary cookies are absolutely essential for the website to function properly. These cookies ensure basic functionalities and security features of the website, anonymously.
Functional
Functional cookies help to perform certain functionalities like sharing the content of the website on social media platforms, collect feedbacks, and other third-party features.
Analytics
Analytical cookies are used to understand how visitors interact with the website. These cookies help provide information on metrics the number of visitors, bounce rate, traffic source, etc.
SALVEAZĂ ȘI ACCEPTĂ
Propulsat de